Bohler was founded in 1993 by Viktor Böhler Snr. who has had over 45 years of experience in international bond markets. Starting his career as a convertible bond trader at the Wall Street firm Weeden & Company in 1968, he has built up a wealth of knowledge working for major financial institutions in the US, Canada, England, Switzerland and Belgium.

In 1994, Viktor Böhler Jnr. joined the firm after gaining his initial training in the City of London and since then, father and son have worked together to develop a strong client base with a proven track record of trustworthy and prudent advice.

In 2013, Sergio Böhler joined the firm, having worked for six years at UBS AG in London and Zurich. His primary experience is in the FX markets, having worked as a precious metals option trader and a currency sales trader covering Central and Eastern Europe. He holds a First Class Bachelor’s degree in Oriental Studies (Chinese) from Oxford University.

“Family Values and Trust have always been key to the longevity of our relationships with clients”. 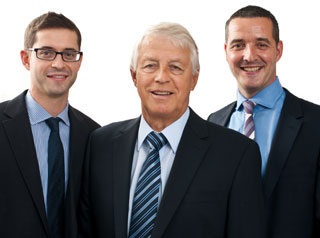